Vladimir Putin and Japanese PM Shinzo Abe have worked out a statement on the prospects of joint Russian-Japanese economic activities in the South Kuril Islands as the Russian leader arrived in Japan for what’s seen as a breakthrough visit.

The two leaders dedicated 40 minutes from their three-hour talks in Abe’s ancestral hometown of Nagato, a mountainside resort in southwest Japan, on Thursday. The time was spent to develop an agreement on joint activities on the Kuril Islands “that would be suitable to both parties,” Yury Ushakov, the Kremlin aide, told reporters.

Putin and Abe had to discuss the issue one-on-one after Russian and Japanese experts failed to agree on the wording of the statement, he added.

According to Ushakov, the statement on joint Russian-Japanese economic activities in the South Kuril Islands, which may concern fisheries, tourism, culture and medicine, will be published tomorrow.

Abe told reporters the leaders “thoroughly and frankly discussed the issues of free access to their homeland by former residents of the islands, joint economic activities between the two countries with a special economic zone on the islands, as well as the issue of a peace treaty."

Russian presidential spokesman Dmitry Peskov later stressed that the Japanese side had no objections to working in the framework of Russian law in the Kurils.

“The issue of sovereignty [of the South Kuril Islands] wasn’t raised in any way. It’s not up for discussion here,” Peskov said.

Tokyo’s claims on Russia’s Southern Kuril Islands of Kunashir, Shikotan, Habomai and Iturup, which Japan calls "the Northern Territories," is one of the reasons for frosty relations between Russia and Japan. The two countries still haven’t signed a peace treaty after World War II because of the lingering territorial dispute.

It was agreed to resume “2+2” ministerial talks, which would involve meetings between foreign ministers and defense ministers of both nations, he explained.

According to Lavrov, the Japanese side has become more aware of Russia’s worries over US global missile defense system and its increased presence in the Asia-Pacific region, which Moscow views as “inadequate to the threat posed by North Korea’s nuclear and missile programs.”

“We have an impression that our Japanese colleagues now understand better Russia's concerns in this matter,” Lavrov said, adding that Russia and Japan had confirmed mutual interest in cooperation on security issues, despite what he called “special relations” between Tokyo and Washington. 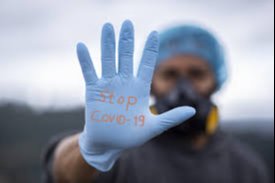